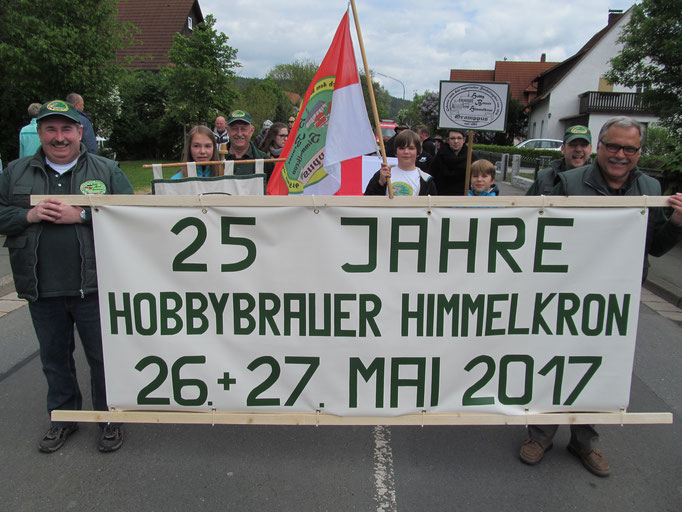 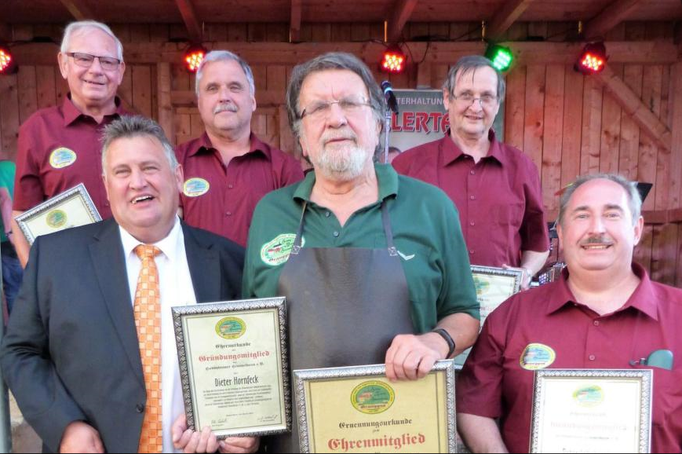 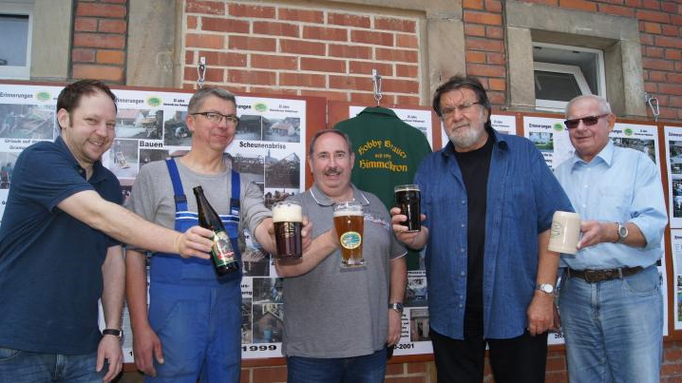 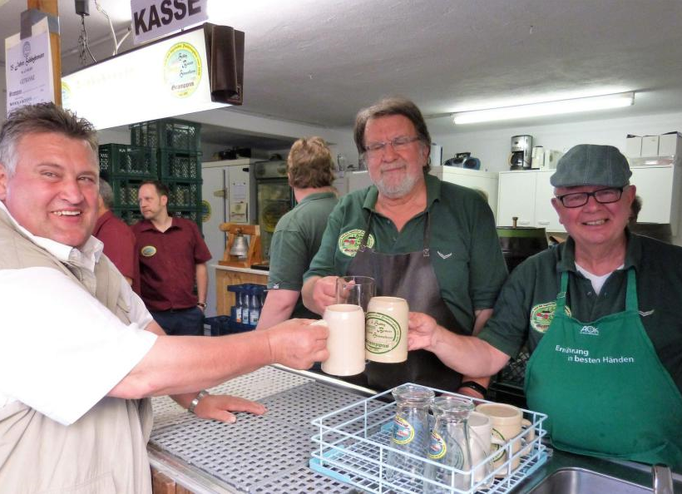 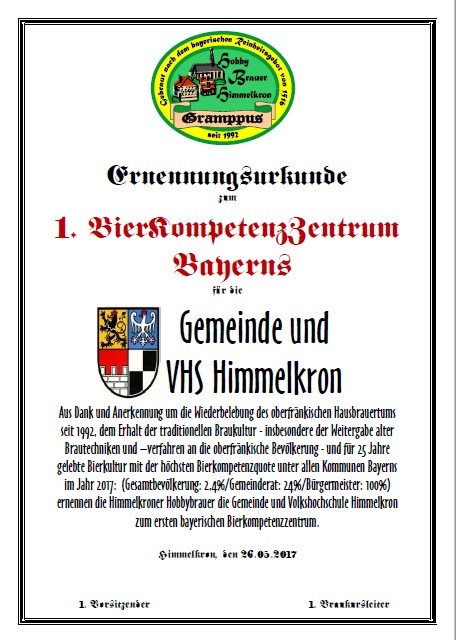 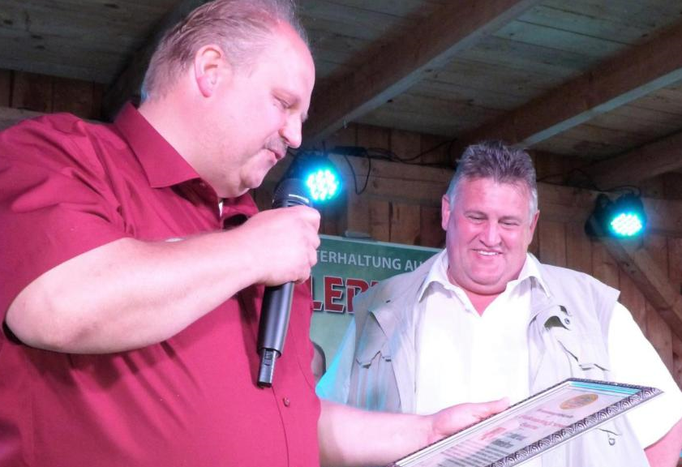 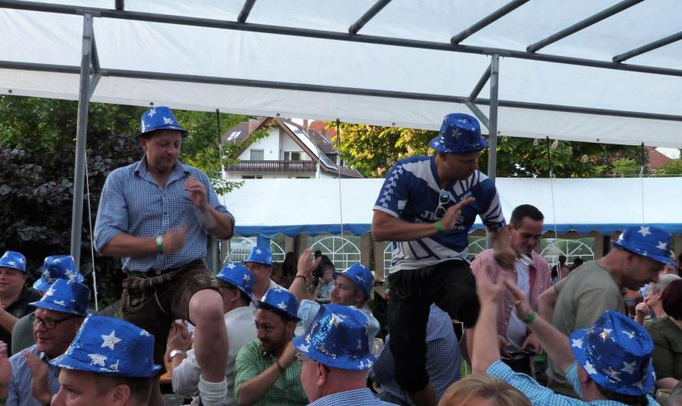 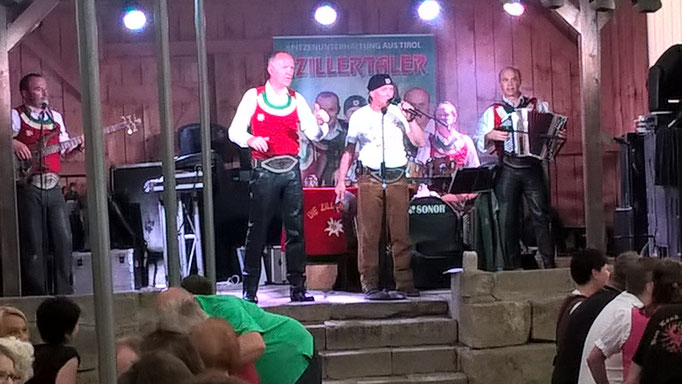 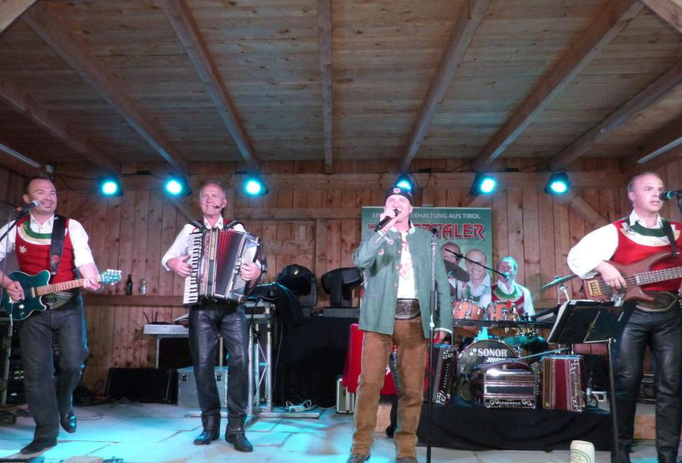 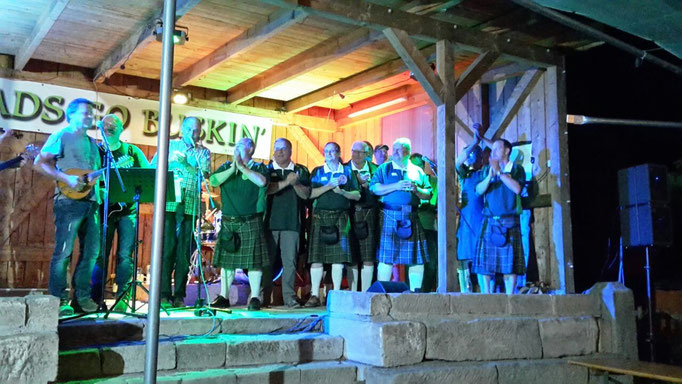 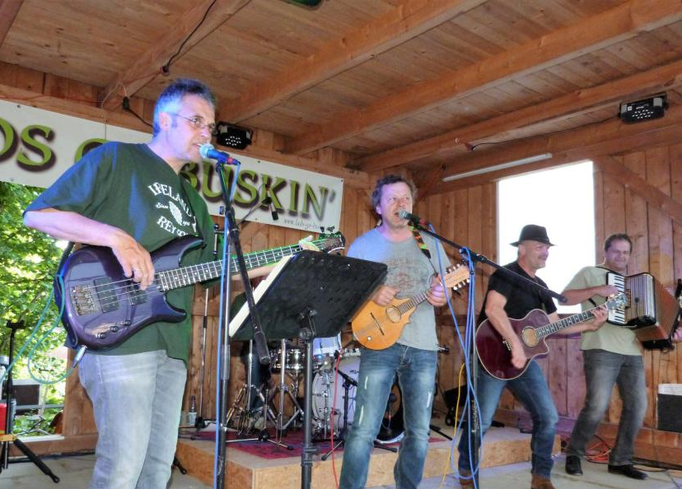 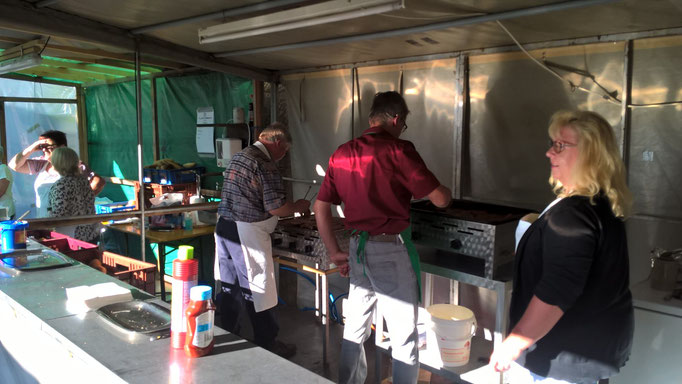 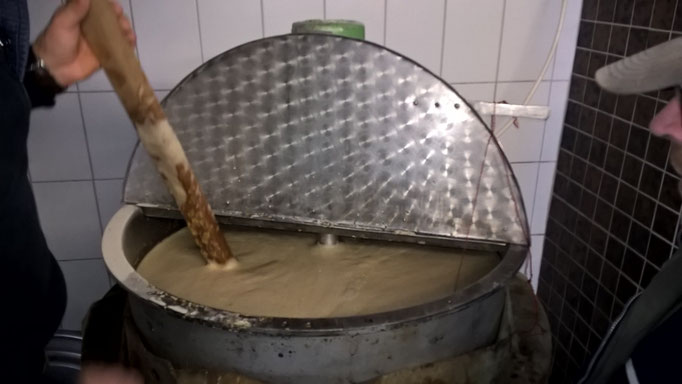 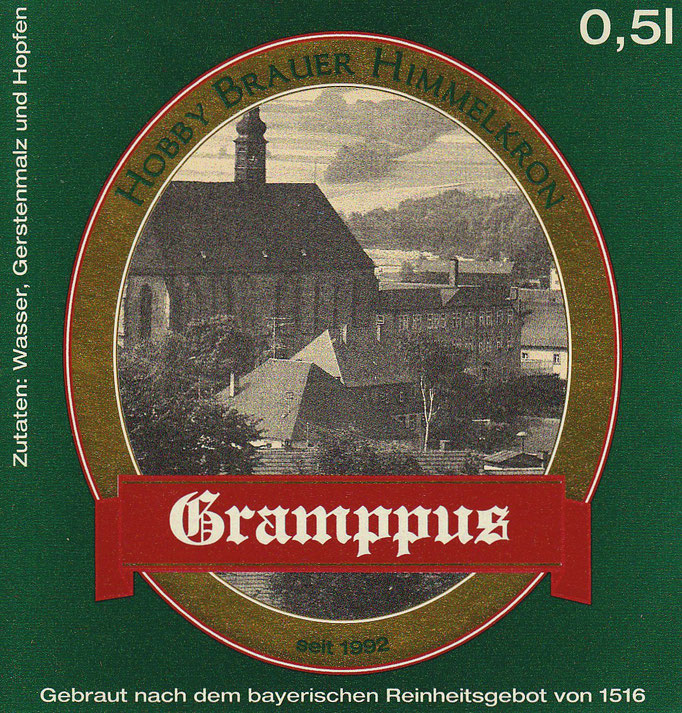 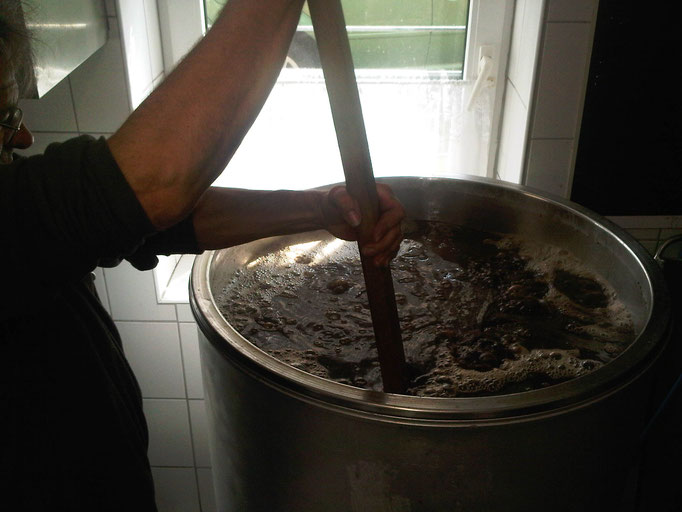 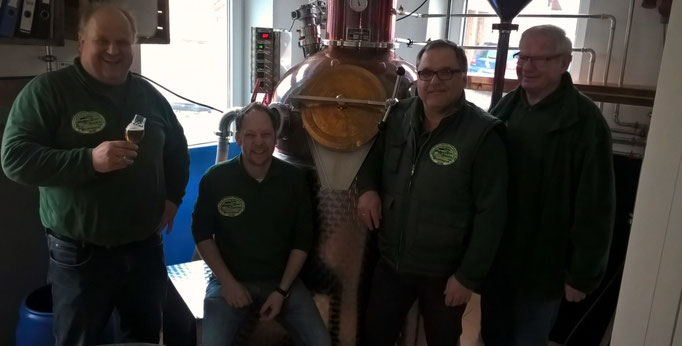 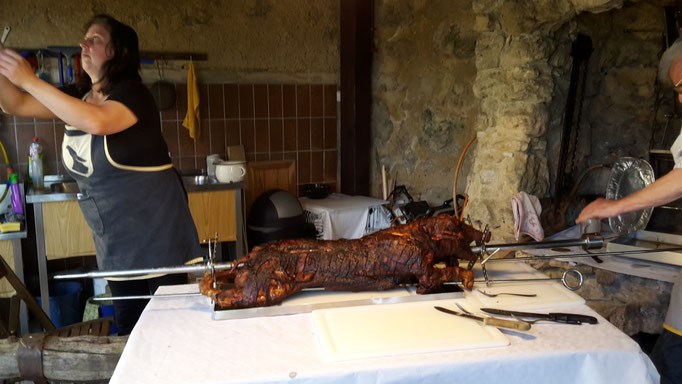 A brief insight in history of brewing affairs of Himmelkron:

For all friends of the real ales, genuine beers, brewers of home-brewed beer and connoisseurs:

Welcome to Himmelkron and come to the yard of Grampphof. Here where is the centre of beer competence:  2.8 % of all inhabitants brew beer of theit own, 25% of the menbers of the local council have already proven it and 100% of the mayors have done it. It is the district of Upper Franconia, which has the oldest knowledge about brewing beer on the European mainland, where brewing takes place in every village and where the knowledge is passed on from generation to generation.

But where today also Dutch, Belgian and American brewing giants try to sell us the smallest common denominator a beer drinker can still get involved in as the optimum of taste. Who have ultimately become so big and dominant because they have benefited from the knowledge of brewing beer from our district.

Basically, Europe is divided into two parts, the south cultivating wine and the north producing alcoholic beverages from honey and grain. The Limes could therefore serve as a kind of "beer equator". Himmelkron was and is clearly located in the northern hemisphere of this world view.

The oldest evidence of brewing beer on German soil dates from around 800 BC. This proves the beer amphorae of the early Hallstatt period, which were found in Heubsch near Kulmbach in 1935.

In the 7th century, the Irish monks Kilian, Kolonat and Totnan brought us not only Christianity but also the knowledge of how to build breweries (St. Gallus). In Ireland it was the custom to drink beer after church (this is how the Irish were convinced to change to Christianity). Which explains how you can find closely church, brewery and inn can at towns and villages in Franconia. Today, this still can be seen here in Himmelkron.

A further proof of the profound beer knowledge of our region was shown in 1475 by our Lord Albrecht, called Achilles, at the Landshut wedding. He was chosen to organize the beer supply for the guests. Also later Lords of his tripe built a brewery in Himmelkron in 1607. The field name "Am Hopfen" in Himmelkron testifies  the cultivation of hops here.


The "Grampp House" in front of which we are seated was an Inn belonging to the former monastry. Beer was brewed here by the Adam Grampp's family until 1902. 10 years later Anna Grampp was born who was the last landlady and Adam was her grandfather. In 1953 the last of the former seven breweries at Himmelkron stopped operations. At last, 40 years later a brewery was established on the same ground.

As you kept in mind, we started with the discovery of  the Beer Amphorae in Heubsch, which is part of our county. The way leads us to the neighbouring Berndorf which is 4 km away from Heubsch, where Carl von Linde was born. With the groundbreaking invention of Carl von Linde who constructed the refrigerating machine with ammonia as refrigerant in the years 1873 to 1876,  breweries were able to become fully industrialized. As a result, brewing could take place independently of the outside temperatures and the beer could be stored for longer. This leads to the rise of large breweries up to big international brewing companies and causes the decline of brewing by craftsmen.


Now you know why there were 3 kinds of beers in the bar for our anniversary and why there was also an Irish Folk concert:

1. Our "Gramppus", named after the place "Grampphaus" which is our typical Franconian Keller Bier, which can still be brewed without the invention of artificial cooling,

2. Mc Gramppus a typical Irish Stout which is black as night and recommended by us after every church visit, and

3. a wheat beer called "Anna Weizen" named after Anna Grampp, our last connection to brewing beer on this site and  because wheat beers were reserved to be consumed by Lords for a long time.